Posted on November 8, 2015 by richardhandel

Down on the Meadows lake for my Sunday night session. After a look round in the swims that are on the back of the wind,  as the last few days there has been a chill in the air. 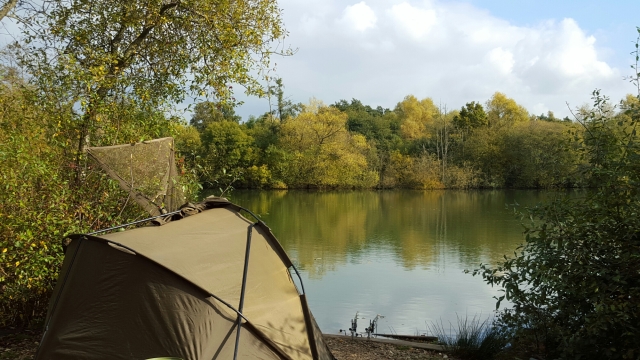 I quit fancy this one that gives me access to a bay area with overhanging trees and a gap throw to the santry area and also with the sun and no wind on that bank,  I felt that would be a perfect area. With the night temperature not dropping that much I am hoping the fish will feed,  as the lake has been fishing not that we’ll over the past few days. 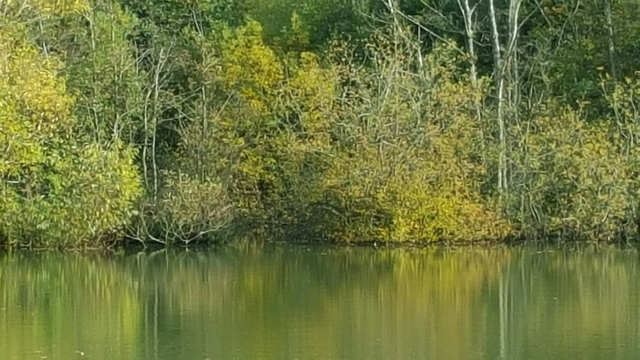 The righthand rod was cast into the gap that’s in the middle of this photo,  with a Godman Pva Versacast filled with Bait-tech krill and Tuna oil and 5 spombs of a mix of groundbait and poloni boilies. 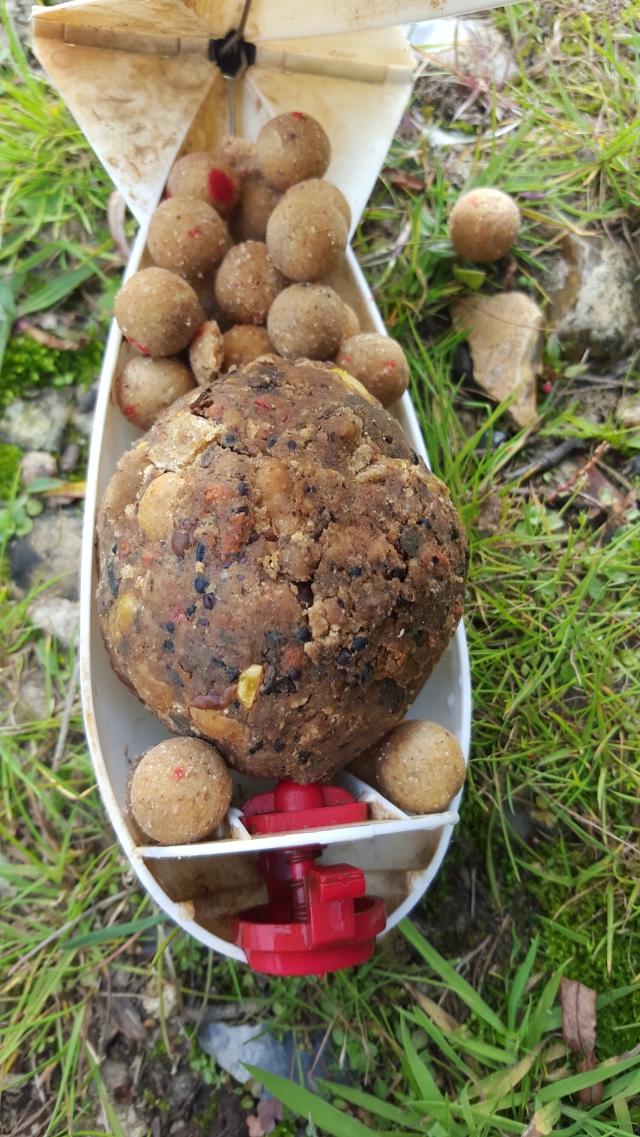 The other rod the same,  just fished into the bay more 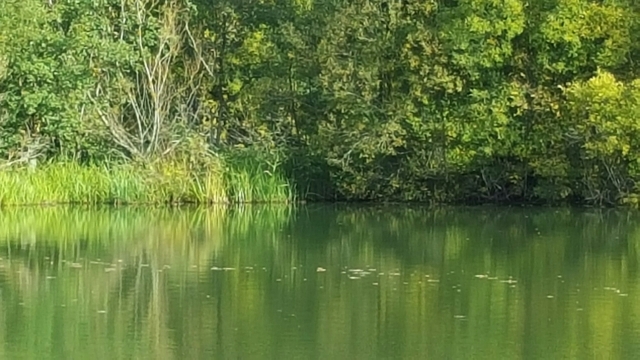 By the reed’s some 70yards away.

It was  then time to soaked up the afternoon sun.

At around 10 pm the left hand rod was off and attached to a good old lump,  that was kiting to the left and if I was not careful would be round the back of the small island to the right of me, I started pump the rod hard and the fish moved more into open water and a bit more under control and I new there was a good chance this would be much second thirty of the week,  once under the rod tip is was just a matter of time before he fish was betten and slopped over the cord. 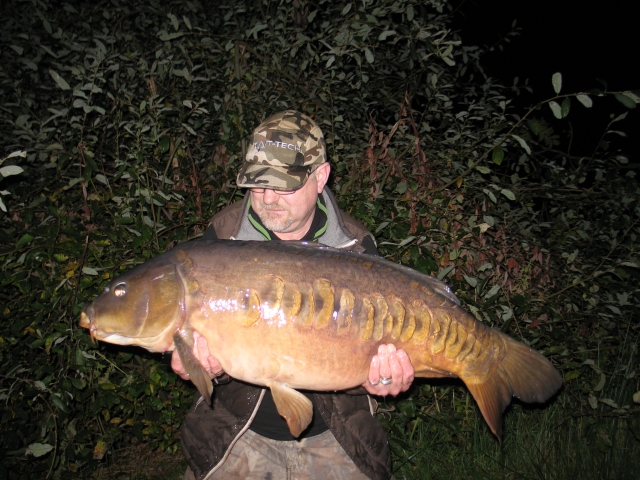 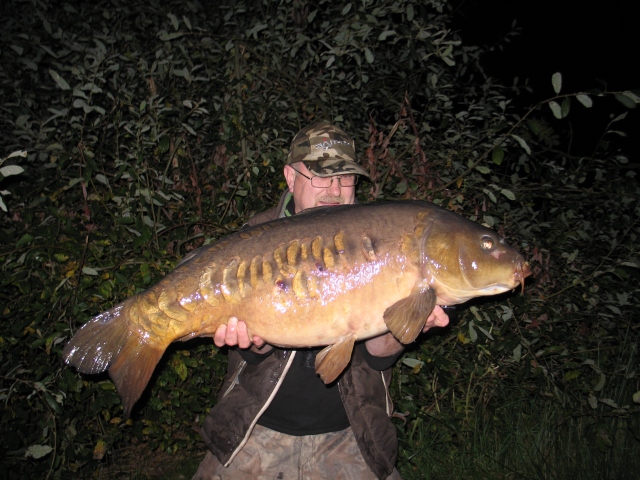 And sure enough in the net was another 33lb 1oz mirror,  what a week this was turning out to be.

I recast the rod after reshaping the hook and with a fresh 14mm poloni pop up on , the rod was back on the spot again.

With the normal interrupted by the bream. That was it and the clock sprung into life at 0545 signaling it was time to be on my home.

Until next time
Richard

I would like to give a brief snap shot of my life and introduce myself; My name is Richard Handel and was born in 1965 in Suffolk. I have worked as a UK Operation & Intermodule Manager for a shipping company. I live in Hampshire now and am married with 2 young children, both girls so I am a bit outnumbered even the cat is a girl! I have been fishing since I was about 7 years old. I started on small local rivers in Suffolk, then moved onto gravel pits and then carp fishing. My personal best is a 39.08 mirror, over recent years I have started river fishing again, on the Hampshire Avon, this is a nice break from the carp lakes. My life has turned a big corner this year, the company I was working for relocated their Operation centre to Estonia. I was offered a job at the head office in London. This would have meant a 5 day commute and working in Stratford. As a family, we did not fancy this, as I would hardly spend any time with the children (and the Mrs). So after 22.5 years, I was given a nice redundancy package and with my wife is working full time. I became the house husband. This has meant a complete turn around in my fishing, as I can pick and choose when I go. I have found a splendid new syndicate to fish this year, which includes 5 lakes and some 8 miles of river with only 150 members. It's an amazing change to the way I am able to fish. I am now trying to start my own tackle business and make a bit of a name for myself in the world of fishing, as I have retired from real work. Richard
View all posts by richardhandel →
This entry was posted in big pits, carp, Carp fishing, CENTURY RODS, Cooking, Defiant MPS, Fishing Video's, Florocarbon Line, Food, Fox Tackle, godman pva, JRC Tackle, Korda Tackle, lake fishing, matt Hayes, Nash Tackle, Paul Selman, Poloni Boilies, Pop Ups, Rob Nunn, SHIMANO, SHIMANO TACKLE, Solor Tackle, SP RODS, spomd, Steve Neville buzzers, Syndicate Fishing, trakker tackle, ULTRGRA 14000 REELS, versacast, Vision Bivvy, weather, weather reports and tagged barbel fishing, Hampshire Avon, Hollbrook Mill pond, lake fishing, outdoors, Rob Nunn, SHAUN HARRISON, Solor Tackle. Bookmark the permalink.