I have changed Syndicates this year, only because the new lake syndicate that I am a members of has more River to fish and the combined cost is cheap + I cant justify joining both, bit of a shame.

I have combined all my River blogs below.

I am on the river again, however I am fishing the evening.  The last two days have been very hot and I did not fancy my chances. 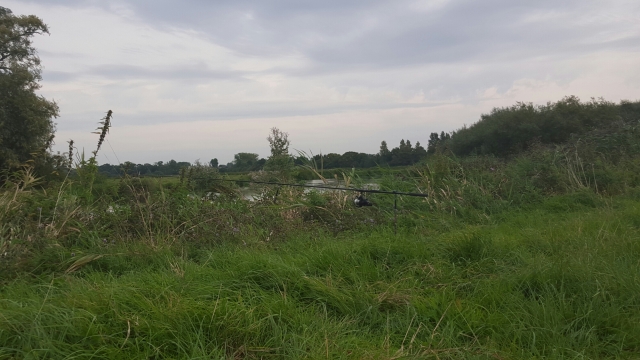 I have gone for the same swim as before, as I have seen the carp in it and at the end of the last session I got rid of my remaining bait in the swim.  This was only two days ago.  So, I am hoping the fish will be in search of a bit of my bait.  The only thing I have changed after I took some advice from Rob Nunn at Bait-tech, was change the hook baits to Polony meat which they do in tins.  I have cubed up some large for hook baits and some smaller for free offerings. 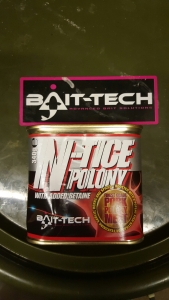 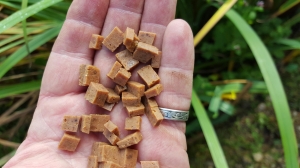 And we will see how we get on.

Well, I stayed until 2240, which  only gave me 20 minutes to get off the estate before closing time.

I completely blanked.  Not even a knock and a mark on the meat.  I can only think the carp may have moved on, or perhaps another angler may have fished there today and landed one.  You just never know.  I will take a look in the day time later this week, as I fancy a night on the lake for my next trip out.

I am still persevering with the river, after seeing the carp in this area 3 or 4 times on the bounce.  I now should be after the barbel, but I just love these river carp, big or small it doesn’t matter.  I am still having a good look around the area, so am not completely focused on the carp.  I have not seen any barbel yet, but I have seen a couple of large salmon and some good chub.

No change in the swim or spots, as I put a bit of bait in before I left the last time. I was in the hope of getting them feeding confidently.  I don’t think anyone else has fished here,  which is good to know.

I have been here for two hours and there is no signs of the carp.  I am hoping the sun may bring them out, just to confirm there are still in the area.  They could of easily moved on, mind you they have plenty of weed to hide in.

I finally spotted one of the common carp drifting through the reed’s and will only an hour and a bit left before it’s time to run and collect the kid’s.  I will have my fingers crossed that the carp are in a feeding mood now.

I stayed for as long as possible, unfortunately no joy.

With all the house work done and the kids at school.  I popped down the river for a couple of hours today.  I was in search for that Barbel, which I am so desperate after.  Facebook is good,  but at the moment I keep seeing pictures of Barbel which is driving me mad (or driving me to go and catch one). 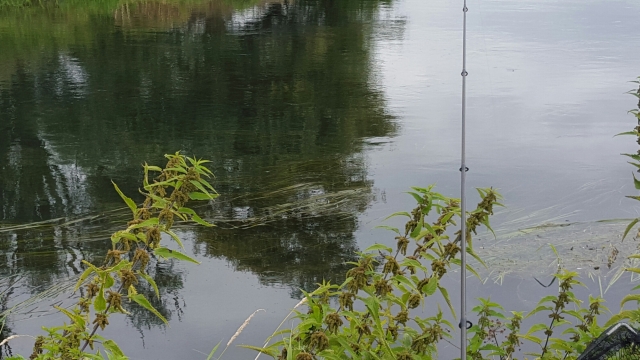 I have found a nice spot on a bed full of weed and a couple of carp, which I can’t resist having a go for.

I have managed to get some poloni boilies out without spooking them as well as my hook baits, which had two small bags of the micro pellets with my favourite Krill & Tuna oil.  I am just going to have to sit back and wait and see, as I dare not take a peek.  I don’t wish to spooke them away.  The area within this bend is quite large and I am hoping they don’t move off this end and up to the other. 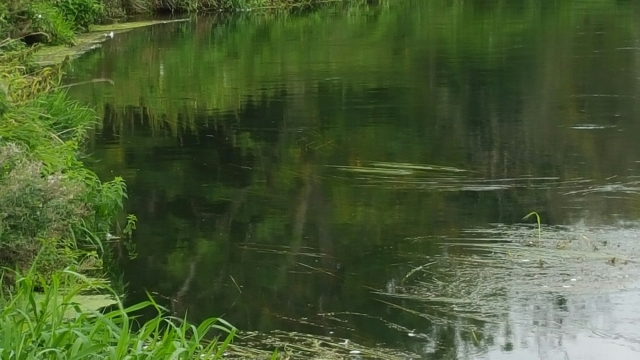 I couldn’t resist a look and low and behold the carp where still mooching around the weed beds plus a very nice pike!  I will take note of this area for some winter pike fishing.  I also found a very nice area a few yards down stream, which will be a very interesting place to fish in the future. 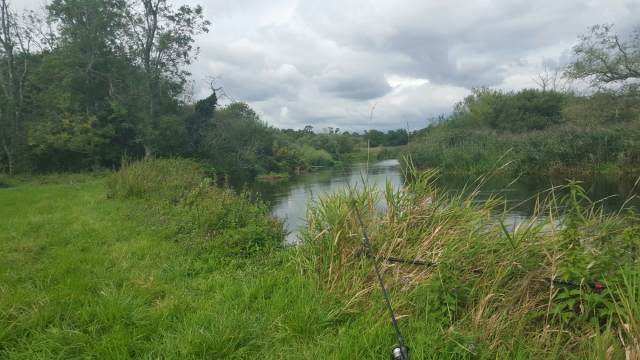 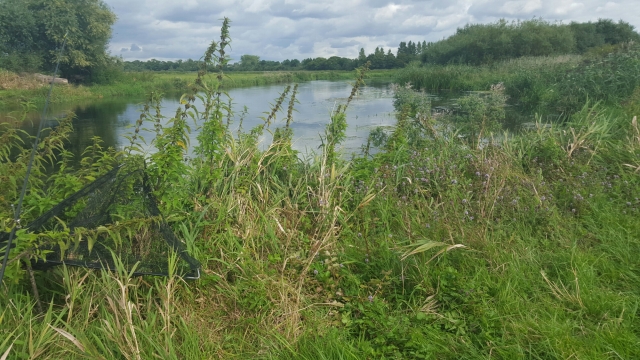 Looking very pleasant, I must say, it’s a lovely river to fish.

I am out on the river again, after that allusive Barbel, effort = reward, I can’t say I have put much effort in this year so far.  Time to knuckle down and get out on that river more.  As this is the only way to find them and learn.

A perfect spot I hope, with a deep run close to the margin and a nice clear hole in the middle.  I have put a bit of bait out over the few hours I am here, a mix of pellets and poloni boilies and groundbait.  What more could a Barbel ask for?  Hybrid Barbel Hook Bait as before and I will just sit back and enjoy the view as well. 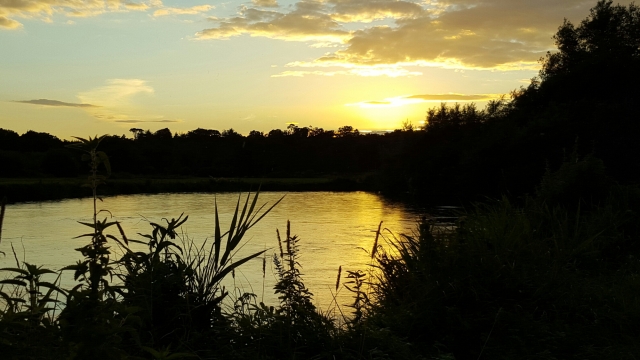 What more could you ask for from an evening on the river?

I started until 2230 with out a single knock,  I must be doing something wrong?

Till next Time
Richard

After a fantastic family holiday in a cottage by the sea in Wales, with not a soul around.

I thought it was about time to start investigating the river a bit more, as I had not really done very much (I got carried away with the lakes).  There’s just not enough time for fishing.

As I am still quite green where it comes to river fishing and after a good look round (on a rainy overcast day).  I was unable to find any fish.  I settled for a very large bend, with what I hoped gave me plenty of options and looked a likely holding area for Barbel. 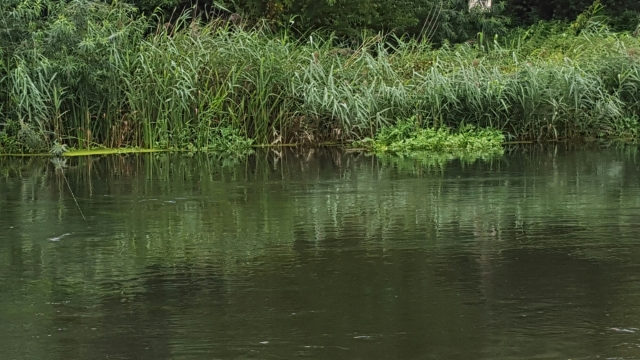 Rod 1 was cast over the far bank, where I could see a nice clear gravel/sandy run.  With a Bait-tech Hybrid Barbel hook bait and a few pouches of Poloni boilies scattered around.

Rod 2 was lowered on to a lovely clear run of gravel, just along the bank from me.  I was using a large feeder with Bait-tech Poloni groundbait mixed with krill and Tuna oil (no water), with a couple of handfuls of their Mixed Marine Halibut Pellets scattered along the margin. 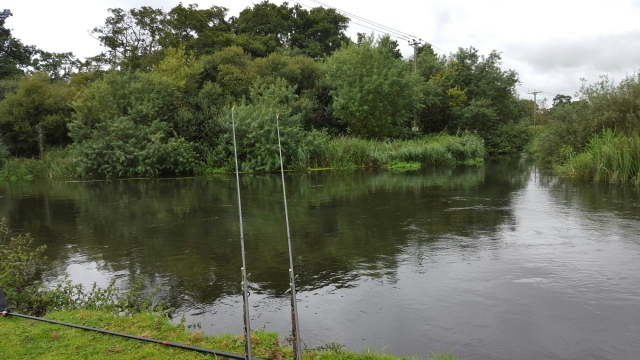 A bit of peace a quite on the Avon today.

The sun has finally arrived, well for a couple of minutes.

(5) I am on the Hampshire Avon for a short evening session.  After 2 hours of wondering around and with no real sign of Carp or Barbel (and with the light being from the wrong angle), I settled for a good clear gravel run,  just along the margin. 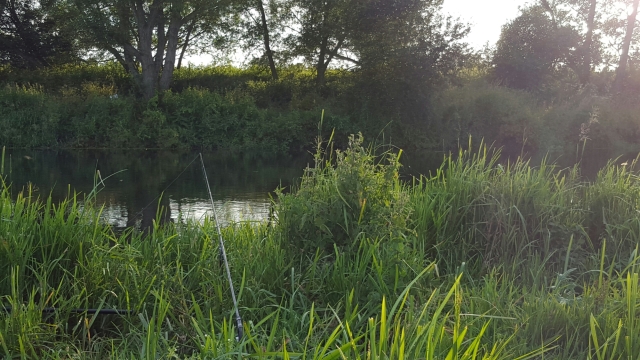 I scattered a couple of handfuls of Bait-Tech Marine pellets and 25 Poloni boilies over the top of each area.  I was then lowering my bait into each clear spot.  I made up some very large pva mess bags with some micro pellets soaked on Krill & Tuna oil, the hook baits were the Hybrid Barbel.

I am finding to be very good at staying on the hook (when nuisance fish are about). 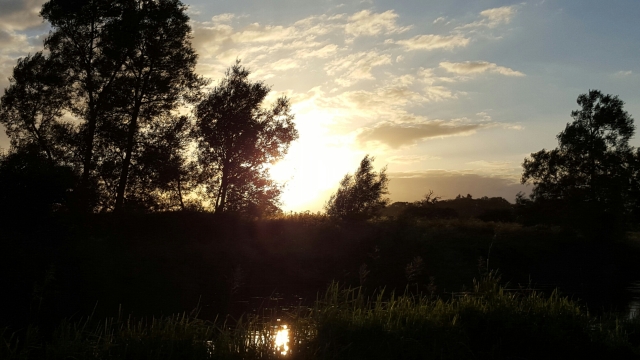 Looking very picturesque tonight. My plan is to stay until midnight then head home, we will see what happens. Despite staying until midnight, I had not even had a knock.  This part of the Avon is taking a bit of time to get my head around.   Till next time Richard

(4) I have popped down the river today for a few hours and after an hour of looking around, I decided that one of the weir pool’s looked very favourable.  I would rather look around for two hours and only fish for 2 hours, as you would not like to spend 4 hrs in the wrong spot, would you? 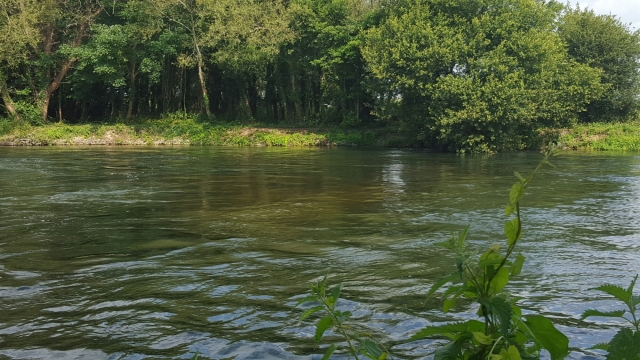 There is a nice gravel bar that I have dropped the bait just to the left of, the other rod was flicked the other side of the weir pool across the flow into a nice calm area.

Above is today’s bait choice, not sure if I will have time to use them all.  We will just have to see..

Unfortunately, no joy on the barbel front.

(3)  After a day’s carp fishing (well 4 hours) and the house husband stuff all done.  What else could I do but spend the evening down the river?! 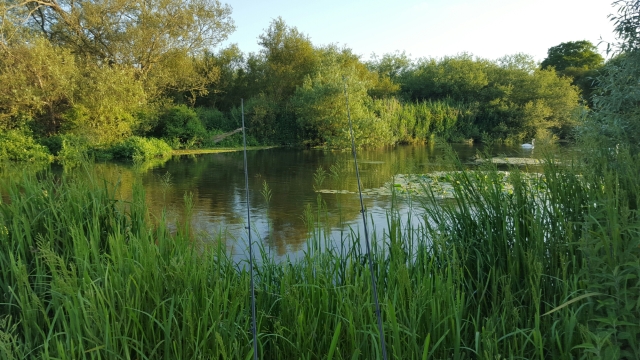 I had been given a top tip by the Estate Manger, that the carp move up & down a 2 miles section and don’t really go beyond this area.  So, with this in mind, off I went and finally found them in a very large area above an island.  It was not that accessible with the reeds and well trodden ground by the cows.

Next time I may need to bring waders, I have wet feet already.  This is a very large area above the island, but it does have plenty of options and the carp did move around a lot.  I decided that the best place to start would be at the back of the pads.  This is where I had first spotted them digging around.  I fired out plenty of bait-Tech micro pellet, I had them left over from this mornings trip.  They were soaked in the krill & Tuna oil, a load of squads poloni boilies, a few pouch full’s of Marine pellet and sat back.  Well not quite, as the friendly cow’s were a pain. 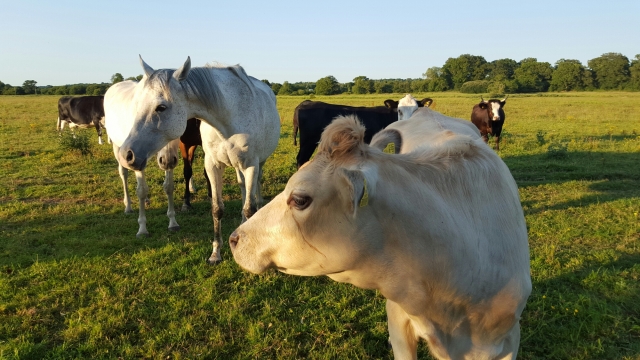 As dusk fell, the cows slowly moved off, they must of got board finally.

At around 11 pm I decided that I should be off home as well.

(2)  I have gone back to the same area again as I fished the other night.  This is for two reasons, firstly – I needed a better look around when the light conditions are more in my favour and secondly – I did put some bait in likely areas.  Which have in fact turned out to be quite good.  I am no real expert in river fishing,  only want I have learned over the past few years and I can tell you it’s an every changing thing.

I am using two rods this time, as it’s a big area I am fishing.

I am using bags again, full of a mix of Bait-Tech pellets.

There where a few Chub moving over the sand bar.  They were however, not interested in any food, so at around 1300 hrs I decided that I would have a walk around for a bit, before I needed to be off to collect the kids from school.

(1) I didn’t think I was going to get out today.  However, I finely made it by 2000, not bad going and very happy to be out.  Now, as this being my first trip on this syndicate, I got a bit lost finding the car parks and walked the wrong way!

Say this, I did manage to find this lovely deep bend with plenty of slack water. Unfortunately, the light was wrong and I can’t really tell how bad the weed is here.  So I have picked a spot the other side of the river, in more or less still water and flicked I nice bag full of Bait-Tech pellets – from halibut to krill, and a nice Poloni boilies as a hook bait and catapulted about 20 free offerings.

I will sit back on my bucket and see what happens.