I decided it was time to get out and use the Gulp Baits Tuna & Spice Bollies. I had recently re-joined another club locally, as it would give me access to some very nice old pretty carp, later on when winter arrived. After a quick walk around, one evening, I could not resist having a go the following week. I was unable to prebait any swims as it was quite a drive away, unlike my normal water, which I can get there in my lunch hour. 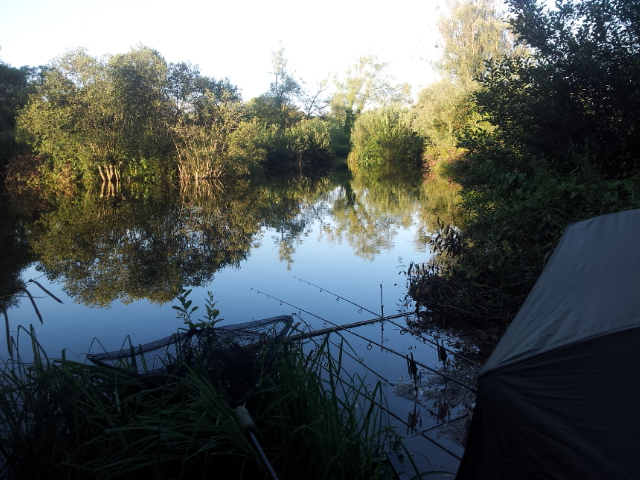 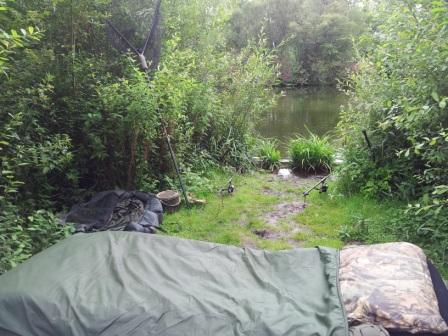 This lake is like Carp lakes used to be when I started to fish 30+ years ago. The Bailiff just keeps the lake nicely in order, no rubbish anywhere, the swims are nice and small and well managed, with not too many, all tucked away nicely so you don’t have to look at anyone. There are plenty of snags (but managed so no harm can come to the fish), and over grown not too much.

After another hard day at work, I finally arrived at the lake car park and quickly loaded the barrow. After long walk up the track I had a quick look around and was amazed to find the lake with only one other angler. He was nicely tucked away in the corner, I had another walk round again and after 45mins I decided to settle for a swim with a nice fallen tree to the right. From my past trips some years ago I had managed a couple of carp from this spot before; there is a nice deep hole and a small island in front of me.

WOW what a place to put a bait

I had mixed up some ground bait with hemp & pellet and a tin of tuna all mixed up the night before, I then added 1kg of mixed 12/16mm Tuna & spice boillies.

I could eat that, well the cat would

With not much action in the night, only a few line bits, I was woken by a take on the right had margin rod in the deep hole by the tree and after a 10 min battle I had land the largest of the original carp in the lake a nice 29.04 mirror. 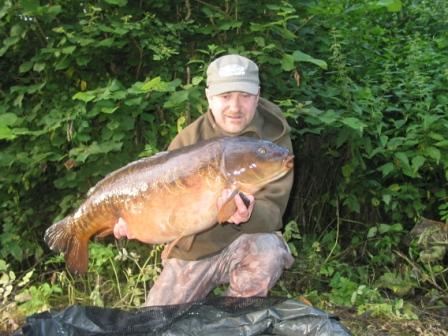