Posted on October 8, 2017 by richardhandel

With only a few days left before the Airfield lake shuts for winter.  I found myself on the middle part of the complex, not far from where my last trip out was.  Before leaving last time, I had a good look around and put some bait out in a few spots where I had seen a few fish show. 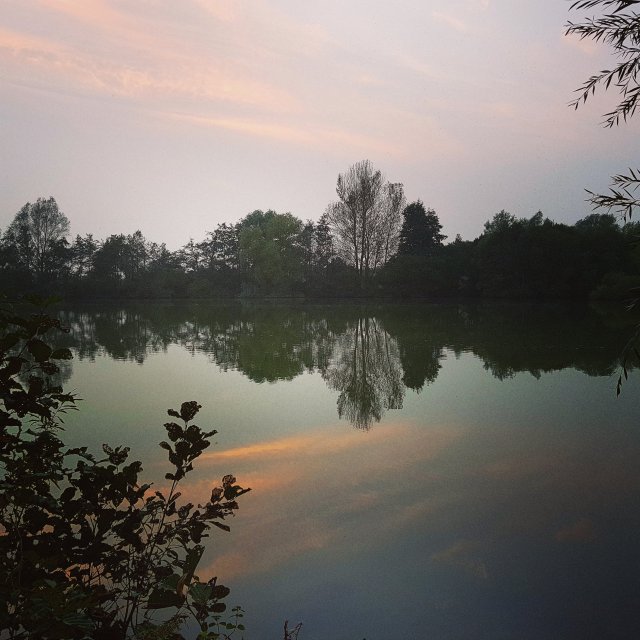 I arrived just with enough time to set up before darkness fell upon the lake.  I didn’t look around, just headed to that area, hoping the bait had done it’s job and the fish would be after more.  I was also hoping they were up for feeding at night, as I would be off at first light. 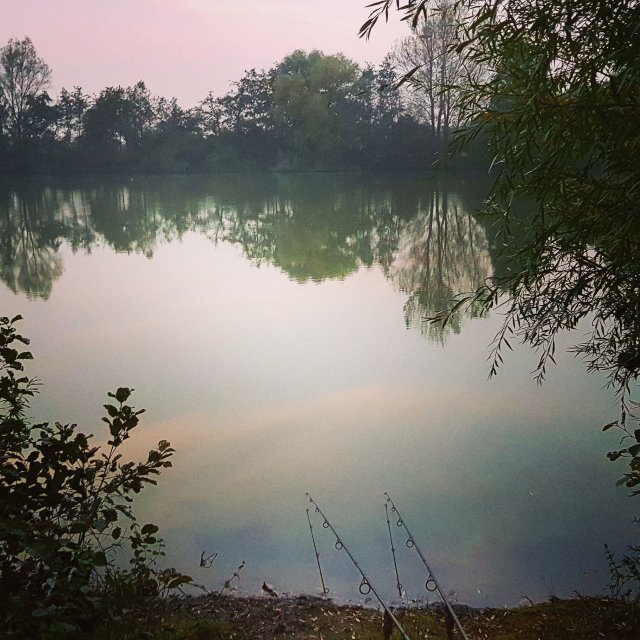 I was fishing at the bottom of the margin shelf, in a nice silt gully which went around the front of this point.  I had put 10 small pouch fulls of the Smokey Jack boilies of each rod.  With a bottom bait on one and a wafter on the other.  I sat back with a brew and watched the last bit of fading light disappear.

Despite hearing fish crashing in the bay behind me, they will just not come out into the open water or even round the point.  I haven’t even had a single bleep in the night.  It’s good for the sleep factor, but that’s not what we are here for.  This has surprised me and I’m not sure how to approach my last trip on here in a few days.  A bit of thinking will need to be done I feel.  There were some nice big lumps crashing in the bay.  There is a tiny day swim set in the corner but I feel that there is a very high change of losing fish in the overhanging tree.  Especially at night, even by flicking the baits to the middle of the bay.  May just have to try.  Could be worth a very sleepless night.  Effort equals rewards, as they say.

Well it’s time to pack up, the clock has struck 6 am.  The first of many pack ups in the dark.  This is something I have been doing since the age of 16, very nearly 37 years and it becomes part of fishing life.  It doesn’t last for that long as you realise, it’s just for about 4 months.  Which is quite a short period of time. 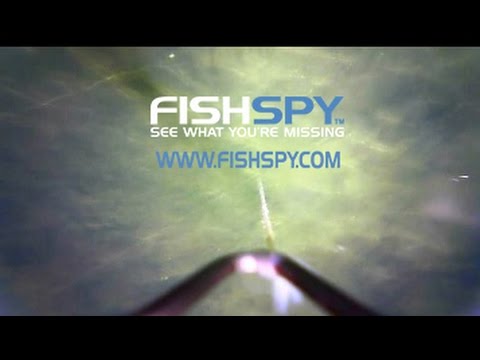 I would like to give a brief snap shot of my life and introduce myself; My name is Richard Handel and was born in 1965 in Suffolk. I have worked as a UK Operation & Intermodule Manager for a shipping company. I live in Hampshire now and am married with 2 young children, both girls so I am a bit outnumbered even the cat is a girl! I have been fishing since I was about 7 years old. I started on small local rivers in Suffolk, then moved onto gravel pits and then carp fishing. My personal best is a 39.08 mirror, over recent years I have started river fishing again, on the Hampshire Avon, this is a nice break from the carp lakes. My life has turned a big corner this year, the company I was working for relocated their Operation centre to Estonia. I was offered a job at the head office in London. This would have meant a 5 day commute and working in Stratford. As a family, we did not fancy this, as I would hardly spend any time with the children (and the Mrs). So after 22.5 years, I was given a nice redundancy package and with my wife is working full time. I became the house husband. This has meant a complete turn around in my fishing, as I can pick and choose when I go. I have found a splendid new syndicate to fish this year, which includes 5 lakes and some 8 miles of river with only 150 members. It's an amazing change to the way I am able to fish. I am now trying to start my own tackle business and make a bit of a name for myself in the world of fishing, as I have retired from real work. Richard
View all posts by richardhandel →
This entry was posted in 360 rig, Asso Fishing Line, Carp Tackle Supplies, Fishing, Fishing Video's, Florocarbon Line, Pop Ups, Spotted Fin, The Catalyst and tagged #smokeyjack #SpottedFin #thecatalyst #teamfin #jointherevolution #assofishingline #fishspy #richardhandel. Bookmark the permalink.