Posted on December 8, 2013 by richardhandel

I am back out on th Hampshire Avon today, doing a bit of pike fishing, as I have a day off work.  It’s been a long time since I have been on the river, due to being obsessed with trying to catch the big common, with not much success!

The first thing I noticed, was that the river level was very low for this time of the year. 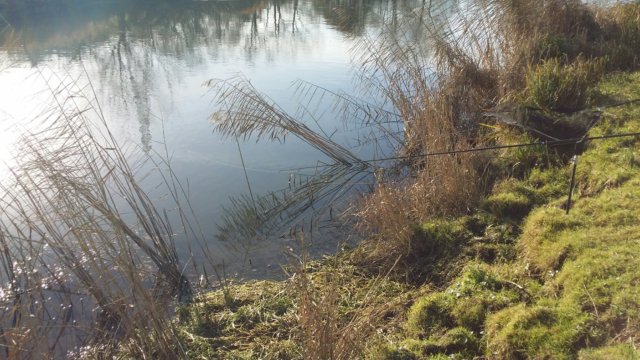 Was cast by some reeds, with a mackerel dead bait and some Fox bait flags. 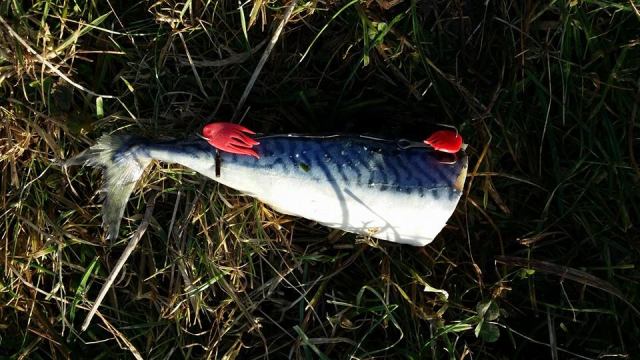 was cast on a nice clear sandy area, just off a overhanging tree, with a herring dead bait 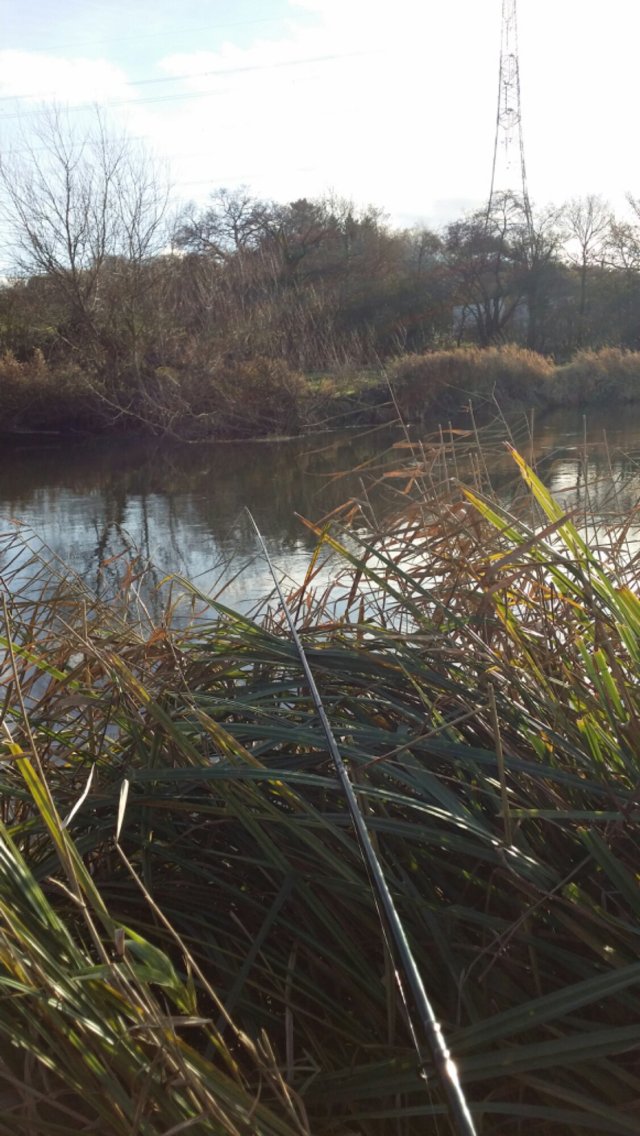 By noon time, it was time for a brew and some lunch. Not 1 minute after I finished my brew and rod 2 by the tree had a couple of knocks!  I quickly took the drop off bobbin off, held the line and it started to tighten up and I pulled into a nice river pike.  After a good fight I had a nice 12lb 8oz river pike in the nets.

This was the only take of the day, nice looking fish. 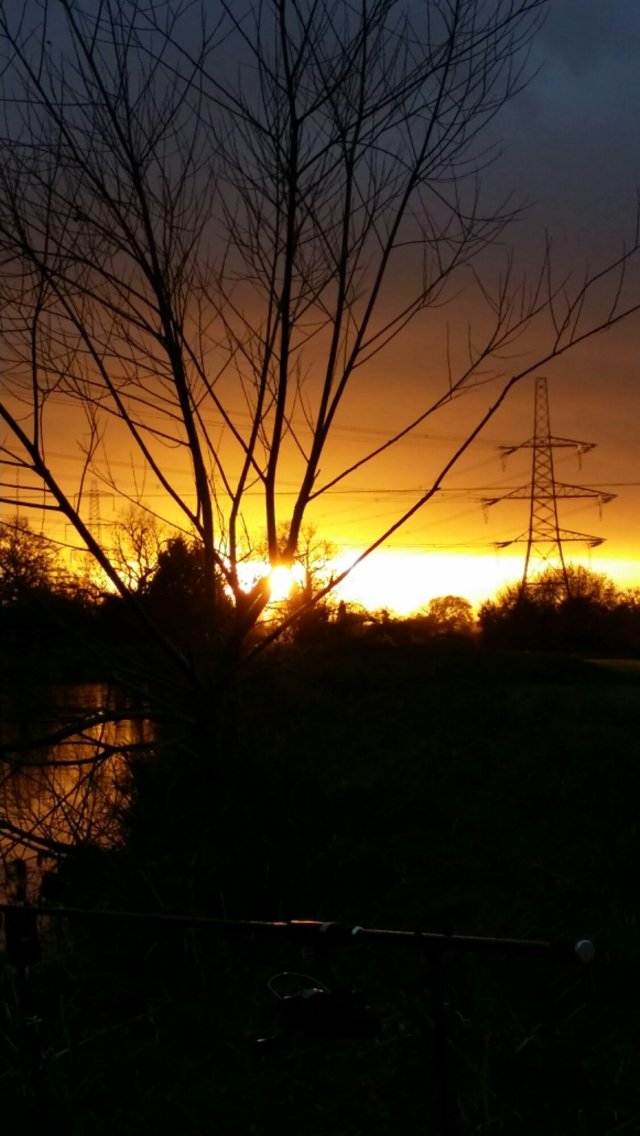 with the sun going down it was time to head home.

I would like to give a brief snap shot of my life and introduce myself; My name is Richard Handel and was born in 1965 in Suffolk. I have worked as a UK Operation & Intermodule Manager for a shipping company. I live in Hampshire now and am married with 2 young children, both girls so I am a bit outnumbered even the cat is a girl! I have been fishing since I was about 7 years old. I started on small local rivers in Suffolk, then moved onto gravel pits and then carp fishing. My personal best is a 39.08 mirror, over recent years I have started river fishing again, on the Hampshire Avon, this is a nice break from the carp lakes. My life has turned a big corner this year, the company I was working for relocated their Operation centre to Estonia. I was offered a job at the head office in London. This would have meant a 5 day commute and working in Stratford. As a family, we did not fancy this, as I would hardly spend any time with the children (and the Mrs). So after 22.5 years, I was given a nice redundancy package and with my wife is working full time. I became the house husband. This has meant a complete turn around in my fishing, as I can pick and choose when I go. I have found a splendid new syndicate to fish this year, which includes 5 lakes and some 8 miles of river with only 150 members. It's an amazing change to the way I am able to fish. I am now trying to start my own tackle business and make a bit of a name for myself in the world of fishing, as I have retired from real work. Richard
View all posts by richardhandel →
This entry was posted in Avon rods, Brollys, Carp fishing, Chub Fishing, Course Fishing, Delkim Buzzers, Diawa, Fishing, Fishing Video's, Fox Tackle, Hampshire Avon, john wilson rods, JRC Tackle, Pike fishing, River Avon and tagged Hampshire Avon, pike fishing. Bookmark the permalink.