Should I stay or should I go?

That’s the big question on all fishermen’s mind. After not seeing or catching any fish, well all think is it time for a move. I spent many years’s not moving swims and then many more moving, I am not 100% sure it’s always worth it. There is way too much to consider. Over the year’s of fishing, I have concluded one the below.

(1) Did you pick the swim (you are in for a good reason)?, e.g seen fish, been baiting it up or other people have had fish from that swim.

(2) If you are confident in your choice, why move?

(3) Not seen or had any indication that there are any fish in your swim.

(4) Seen fish showing in another Swim.

(5) Not seen anything anyway, but feel you should follow the trend to move swim.

(6) Take into account the weather, it could make the fish move or just slow down their movements e.g cold wind, sunny day, or could be spawning time (even if there are no real signs).

(8) There are lots of unknown factors, which you could not be aware of e.g is someone else baiting your swim?, had someone been fishing there before you and had fish or even blanked but put loads more bait in.

(9) Baits are a great problem nowadays, as all the magazines mostly say chuck loads out. It has got better in recent year’s. 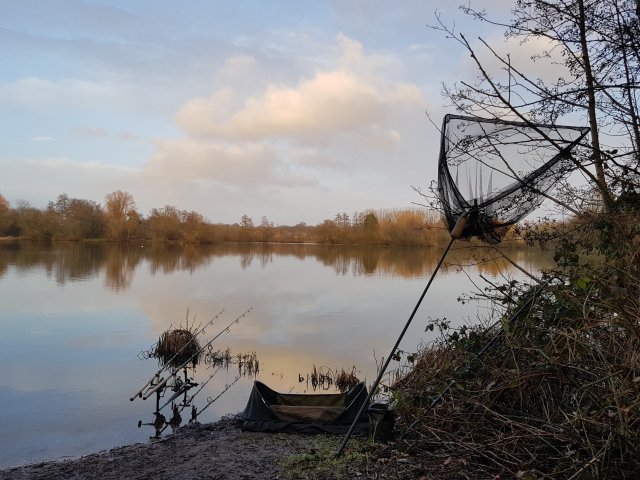 I have found that you have too much to evaluate, too many ifs and buts. Unless you can visit the lake or know someone you can trust and share the info. For many years’s, I fished with a friend and we would catch a few, then circumstances changed and we had to fish different nights. However, because we were on the lake 6 nights out of 7 between us and pooled our knowledge, we had twice maybe three times as many fish as before.

I have concluded, that if in your own mind that you are 100% sure that the swim is the wrong one for you, it’s time to move.

I am writing this as I am fishing with oddly the same issue. I have arrived for a day session on my local small syndicate at dawn. There is no one fishing and the weather forecast is a mostly sunny day. This is looking good for a day, fishing in the reeds, where some fish hang out in the Winter. There was a good sign of moment in the reeds when I was looking around for a swim. However, by noon, not a sign of Mr Carp, the sun had gone and there was a good cold wind blowing up onto the reeds. So…should I stay or should I go? (would you stay or move down to a swim behind the wind ??) I stayed, I felt the fish would still be there, however, they may not move much or feed much. I would be as close as I possibly could be if they did feed. And as I was on the back end of the reeds, hopefully, a bit warmer than the front with the wind blowing!

Some year’s ago, I was fishing a lake with very low stock levels. I had been baiting a swim at the back of an island and had seen fish showing a few days before my three night planned trip. However, after two nights with all the conditions the same and not happy blanking, I saw carp crash over the far margin. Now bearing in mind that I would need to pack up my barrow, go back to the car, then out the gate, round to the other gate and barrow my stuff again I was not 100% sure what to do. I could make all this effort and find someone else had done the same. This would haven taken about 2 hours. I also had to take into account that this lake was full of bars and you needed to marker, as the fish didn’t tend to feed on the bar’s and also the bird life loved them. I decided that’s if a saw 2 more fish, I would be off and that’s was it. I finally say 2 fish in the late afternoon, time to move. I was all done by 6pm. However, with no sign’s of Mr Carp, I thought that I had got it wrong. Someone had moved into my old swim, so I was stuck in the new swim. I just had to hope that the fish would move back overnight. Anway, I woke up at around 6 am and still without a fish, I put the kettle on, in hope that I would see a carp show. By 8am, it was all still dead quiet, until my right-hand rod ripped into life and I was happy that my move paid off. (Not sure, as it took over 12hrs to get a fish or did I spook them off?) 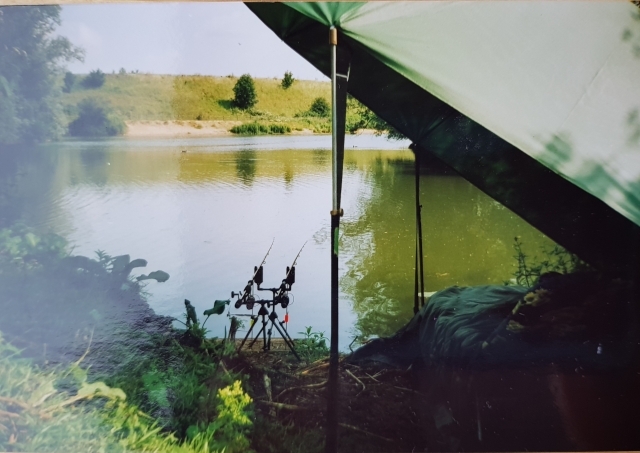 Another time, I was on a session where one of my fishing friends moved over to the other side of a lake when we were blanking. He had checked the weather forecast and the wind would change and blow up into a particular corner, which only had one swim and after 10hrs the wind changed and he bagged 3 nice fish that night. Were the fish there or did they move out of the wind? I would say the later

I have also been known to set up in the knowledge of a wind change. Everyone was set up at the other end. Did I catch because of the wind or because my end of the lake was empty – not sure?

I believe, that the best option is, if it feels right move, if not stay put. There are way too many things to take into account and many of them you can’t know.

This may have helped or not